and how to get PMBus access from f.ex. a Raspberry Pi

People use these for battery chargers and there is a lot of info on server-power-supplies at https://www.rcgroups.com

I use these for Battery charger and for my 3D-printers. A nice feature is the standby power with which you can have a Raspberry Pi powered all the time, and use the RPI to turn the PSU on or off. 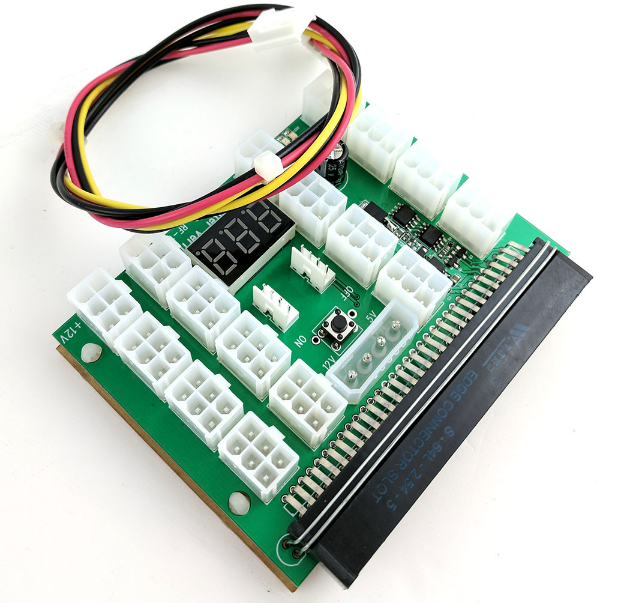 To use this PSU you need to activate the right pins. For the impatient reader try connecting pin29 and pin30 (and pin31 for i2c) to ground.  Or you could buy one of the break-out boards the bitcoin miners use to power their rig.

I  can recommend a breakout board from parallelminer.com, the X11 works fine with the DPS-750TB, I payed $10 delivered. it has a nice little voltmeter,  so well worth its price.

Among hackers the DPS-1200FB seem to be the most popular choice and hence a lot of information is available for this unit.  I have made a blog-post about it here Server Power supply DPS-1200FB.  Even if this is a different brand power-supply a lot information will apply to this PSU as well.

Below is links to information relevant to DPS-750TB:

The muRata D1U86T-W-800-12-HB4C looks very similar to the DPS-750TB same pin-layout, same short/long pins and as you will see later on in the post, many of the PMBus commands documented for muRata PSU work.  muRata has links to 3 application notes in its product notes:

Further information on the PMBus can found below: 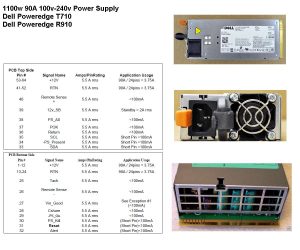 I could not get the i2c connection working according to the pinout at rcgoups. So I have done a little reverse engineering  trying to find the i2c bus.

I have included my measurement below. I have measured: resistance  on the PSU unconnected, and voltages without the X11 and with the X11 from Parrallelminer, in the power off and power on state.

The X11  from Parrallel-miner controls 3 pins via two transistors

The connections to the i2c was actually as described on rcgroups, but pin31 which is labeled reset on the rcgroups pinout, need to be pulled down to ground, for the PSU to show up on i2c_address 0x58.  It is worth noting that the muRata PSU uses the same i2c address as the DPS-750TB, but pin31 is unused, and not connected in the acan-84 application note. Another difference is pin25: on the DPS-750TB it sends pulses from the fan so its speed can be monitored, as you will see in the program at the end of this posting, this information is readily available via the PMBus., so not really needed.  Pin25 is called SMART_REDUNDANT on the muRata PSU.

I can turn the PSU on and off from a small python script on a raspberry pi pulling PS_On low, Software on/off via the PMBus as described in the standard does not seem to work.

My program  monitors the AC_ok, DC_ok pins, and the fan-speed,  by reading the tacho pin and also by reading PMBus register for fan-speed and PMBus registers for Input/Output Voltages/Currents/Power/Temperature. Below is how I have connected the RPI to the PSU.

The python program to monitor the PSU, reads pins my on/off button and a few PMBus registers and prints out the values, so the Dell DPS-750tb follow some kind of PMbus standard

Here is the output of my python script:

The script is written in python3 (My first python script) and follows below, it builds on the PMBus library by Michael-Equi github.com/Michael-Equi/PMBus

The PMBus library by Michael-Equi github.com/Michael-Equi/PMBus seems to be written for a newer muRata power-supply, so I had to make a few changes to make it work with the DPS-750TB, which doesn’t seem to support Packet-Error-Checking, I have also added a number of routines to read more PSU register variables, the full library-file is below 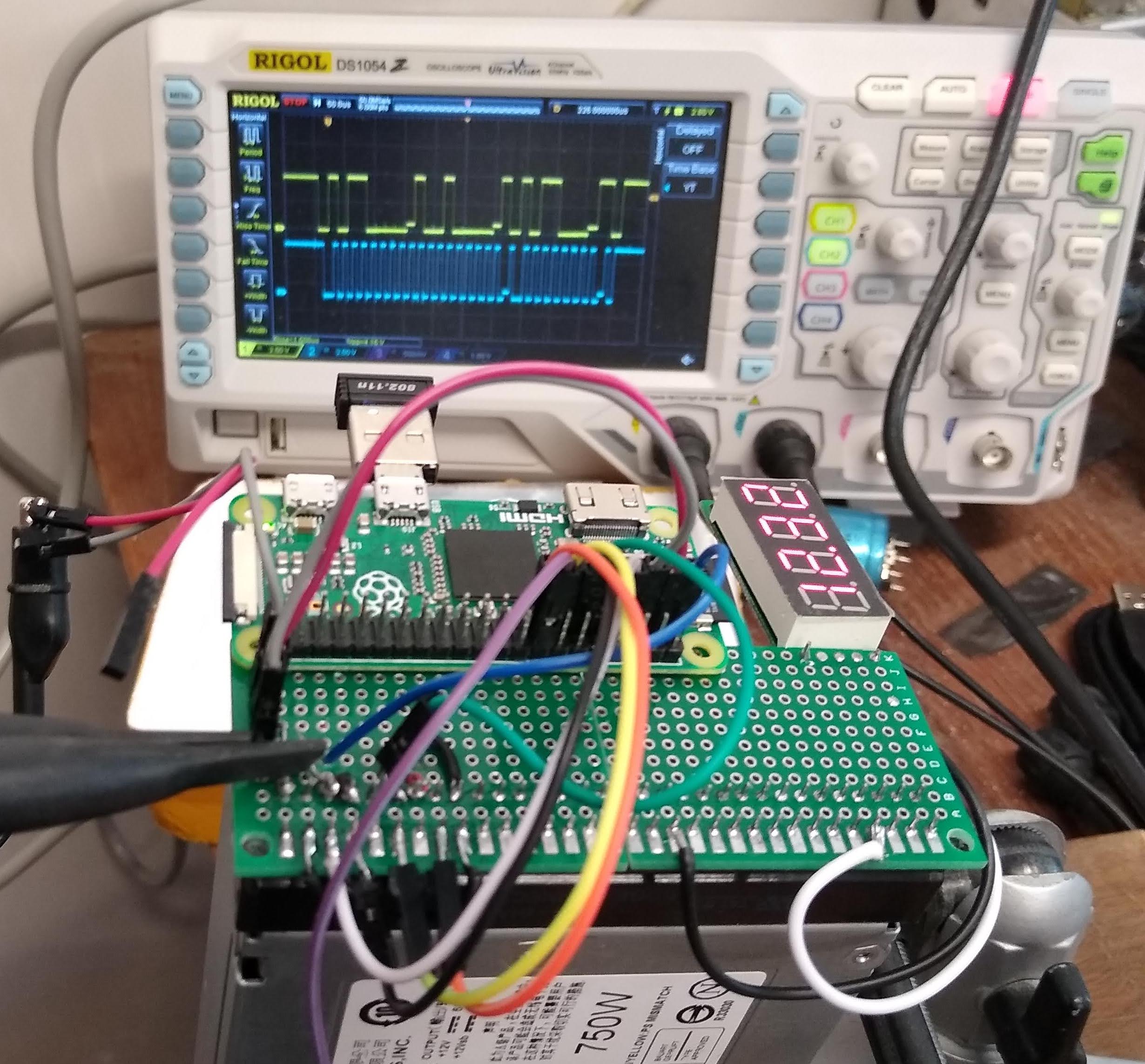 The program on the raspberry Pi keeps crashing due to i2c errors, so I got the scope out, and it seems that the PSU and the RPI does not drive it scl/sda with the same force, right now I have 9k ohm pullup on the lines, they probably need to be fine-tuned, or maybe I should try with an Arduino. 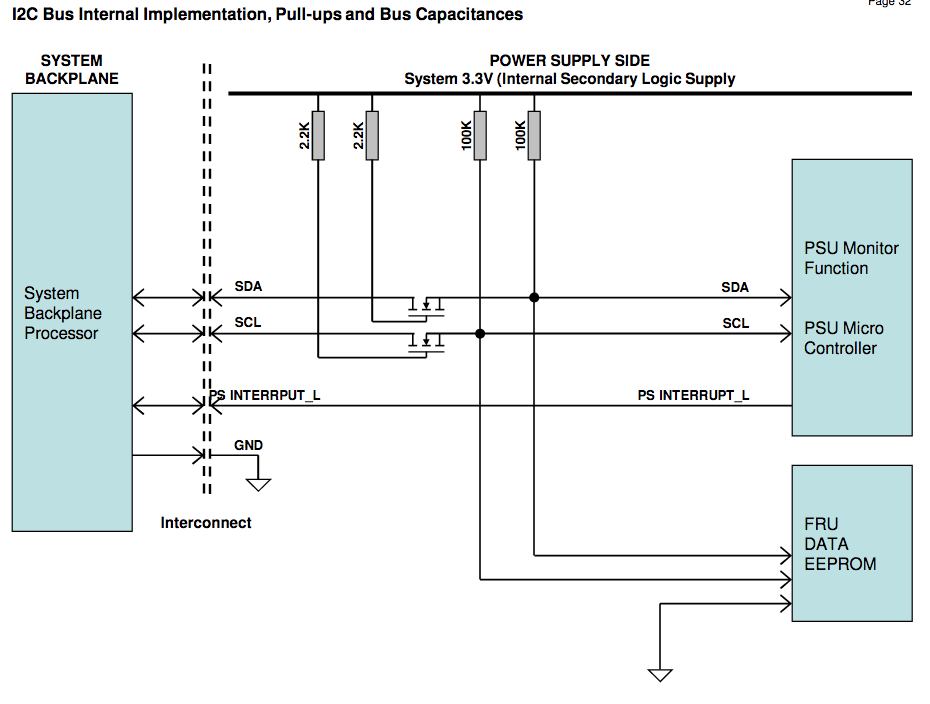 I looked at the output circuit of another server power-supply, which looked like this, I have no idea why this should be needed, or if this is the related to my troubles, I don’t even know if this circuit is used in this PSU.

in /boot/config.txt change the i2c line to